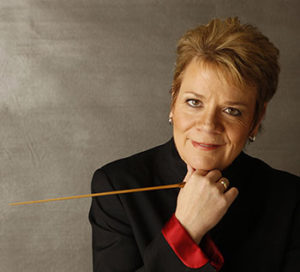 I recently caught sight of a tall young man in my kitchen and thought: Who can that be, only to realize it was my son! When did he get so tall? Where did my little boy go? I have that same mix of emotions when I drop in on OrchKids these days. When did our kids become so tall and so mature? I feel that same nostalgia for those 30 little toddlers that we started with seven years ago along with that same enormous pride at the mature young people they have become today. I could never have imagined sitting down to write this article at that time. Then, we struggled to find a home for our OrchKids dream. We spent a weekend painting a school and picking up trash and glass from a sad little playground. Dan [Trahey], Nick [Skinner] and I, optimists to the end, even wondered out loud whether we could really achieve it. So much has happened in these seven years, and I am so grateful to the legions of people who have rolled up their sleeves and jumped in to help.

OrchKids started with two simple words: access and inclusion. It is my profound belief that all human beings deserve access to great art, and that it is our responsibility to create an environment of inclusion for everyone. Playing an instrument was life changing for me as a child. Besides the obvious benefits of hand/eye/ear coordination, I learned invaluable life lessons. I learned how to motivate myself to practice, how to budget my time, that to become good at something one must consistently apply oneself, and that it is healthy and affirming to express one’s emotions when channeled through playing an instrument. And then, when I started playing in an orchestra, I gained a whole new range of skills related to working with people, following direction, and understanding when to assert myself versus when to blend in with the group. Plus, it was really fun! I believe that every child should have the same opportunity that I had to develop these life skills while having fun.

As I recently watched a performance by OrchKids at Lockerman-Bundy Elementary School, I could see these skills in Technicolor. The teamwork, the mutual support, the pride, the achievement, the sheer joy in their faces – and in the faces of the audience members – brought tears to my eyes. Our children have unlimited capacity and it is our responsibility to hold that bar up high for them. Watching them clear that bar is its own reward. I don’t know how many OrchKids will choose careers in music, but that isn’t really the goal. My goal, as it is for my own son, is for them to see futures filled with possibility and beauty and to become good citizens of our world. How is it possible that here we are nearly a decade later with an amazing family of over 1000 OrchKids? It truly has taken a village and my deepest thanks to everyone, especially the OrchKids parents, teachers, and staff. You are my heroes.

Learn More about Marin Alsop
Marin Alsop is an inspiring and powerful voice in the international music scene, a music director of vision and distinction who passionately believes that “music has the power to change lives.” She is recognized throughout the world for her innovative approach to programming and for her deep commitment to education and to the development of audiences of all ages.

Her outstanding success as Music Director of the Baltimore Symphony Orchestra since 2007 has been recognized by two extensions in her tenure, now confirmed until 2021. As part of her artistic leadership in Baltimore, Marin Alsop has created bold initiatives that have contributed to the wider community and reached new audiences. In 2008, she launched BSO OrchKids, which provides music education, instruments, meals and mentorship of the city’s underserved young people. Engaging the local community, the BSO’s education programs also allow adult amateur musicians the chance to play alongside members of the orchestra under Alsop’s baton. In 2016, the orchestra celebrated its centennial season with Joshua Bell and hosted the League of American Orchestras annual conference.
Alsop took up the post of Principal Conductor of the São Paulo Symphony Orchestra (OSESP) in 2012 and became Music Director in July 2013, with her contract now extended to the end of 2019. She continues to steer the orchestra in its artistic and creative programming, recording ventures, and its education and outreach activities, as well as their annual Campos do Jordão International Winter Festival. Alsop led the orchestra on European tours in 2012 and 2013 with acclaimed performances at the BBC Proms in London, the Concertgebouw Amsterdam and further concerts in Berlin, London, Paris, Salzburg and Vienna. In 2016, the orchestra returned to Europe once again for concerts at the BBC Proms, Edinburgh International and Lucerne festivals.

Marin Alsop now conducts the world’s major orchestras, with recent and forthcoming highlights including: the Chicago, Philadelphia, Cleveland, Los Angeles Philharmonic, Royal Concertgebouw, La Scala Philharmonic, Budapest Festival and Danish National symphony orchestras, the Symphonieorchester des Bayerischen Rundfunks and the Gewandhausorchester Leipzig. She has a close relationship with the London Symphony Orchestra (LSO) and the Orchestra of the Age of Enlightenment (OAE), appearing with both most seasons. She is also Artist in Residence at the Southbank Centre in London. In September 2013, Marin Alsop made history as the first female conductor of the BBC’s Last Night of the Proms in London which she returned to conduct in 2015. She returned to the Proms in 2015 and 2016 to conduct the OAE in an all-Brahms program and Verdi’s Messa da Requiem on period instruments. 2016-2017 season highlights included a return to London for performances with the BBC Symphony and Royal Philharmonic orchestras, leading the Britten-Pears Orchestra at the Southbank Centre and a residency in Aldeburgh’s Snape Maltings.

Marin Alsop is the recipient of numerous awards and is the only conductor to receive the prestigious MacArthur Fellowship, given to US residents in recognition of exceptional creative work. She was the only classical musician to be included in the Guardian’s “Top 100 women,” celebrating the centenary of International Women’s Day in 2011. Alsop is an Honorary Member of the Royal Academy of Music, London and the Royal Philharmonic Society, and was recently appointed Director of the Graduate Conducting Program at the Johns Hopkins Peabody Institute. Alsop’s Prokofiev cycle on Naxos with OSESP continues, following an extensive Naxos discography including a notable set of Brahms symphonies with the London Philharmonic Orchestra, Brahms Ein Deutsches Requiem with the MDR Leipzig Radio Choir and Symphony Orchestra, and a highly-praised Dvořák series with the BSO. Other award-winning recordings include Bernstein’s Mass (Editor’s Choice, Gramophone Awards 2010) and Jennifer Higdon’s Percussion Concerto (Grammy Award 2010). Alsop has also recorded for Decca Classics, Harmonia Mundi and Sony Classical.

Born in New York City, Marin Alsop attended Yale University and received her Master’s Degree from The Juilliard School. Her conducting career was launched when, in 1989, she was a prize-winner at the Leopold Stokowski International Conducting Competition and in the same year was the first woman to be awarded the Koussevitzky Conducting Prize from the Tanglewood Music Center, where she was a pupil of Leonard Bernstein.